Jack Ducharme to retire from Skowhegan Savings after 20 years

Jack Ducharme to retire from Skowhegan Savings after 20 years 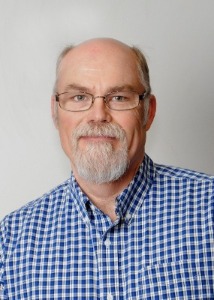 SKOWHEGAN, MAINE - Skowhegan Savings announces that Jack Ducharme, vice president regional community banker of Somerset County, will retire at the end of the month after 20 years of service to the bank.
“It has been a pleasure working with Jack over the years. His dedication to serving customers has truly made our communities a better place to live and work," said David Cyr, president and CEO of Skowhegan Savings. "We wish him the best as he moves on to a new phase in life."
Starting his career at Skowhegan Savings in 2000, Ducharme has worked for the bank in several capacities from indirect lending, loan processing, serving as a branch manager and in his current role as a vice president regional community banker for Somerset County.
“Jack’s commitment to his customers is more than commendable,” said Dan Tilton, SVP of sales and customer relations. “Over the past 20 years, he has put customers and communities before himself. Jack is passionate about his customers and has worked rigorously on their behalf. He is an advocate for all the communities he serves and I expect nothing less as he moves on to his next chapter.”
Ducharme is heavily involved in his community. He’s on the Madison Board of Selectmen, served six years on the MSAD #59 school board, has acted as the financial secretary for the local Knights of Columbus for over 25 years, is the founding member and former president of the board of directors of the Madison Business Alliance.
He graduated from Thomas College in 2012 with a bachelor’s in business administration and has been a Madison resident since 1982 where he resides with his wife Denise. A devoted family man, Ducharme enjoys spending time with his two sons and eight grandchildren. He is active in his local church, acting as choir director and cantor at St. Sebastian and is an avid Patriot’s football fan. In his retirement, he looks forward to serving in the Maine House of Representatives as the newly elected representative for the 111th district of Madison, Norridgewock and Solon.